Recently I went through the Craftsy course on design and fitting plus sized patterns using Vogue 8815. Now I found the class great - however did not finish it. I cheated and went "straight to the back of the book". ( I will go back and finish - I promise)

I did do all of the pattern alterations with the class but skipped the fitting and sewing bits (I know - I know - how is a girl to learn - it is something I admonish my students for*sigh*).

Anyway - I did have some fitting issues. I know that I should take my high bust measurements and do an FBA - however I was so busy concentrating and "dancing along with the show" that I put in my full bust measurements when told to and hence the top was way too big. I ended up taking out 6 of the inches I put in to change it from a size 24 to a size Beverley.

I also didn't like how high the neckline was so lowered it - umm - somewhat too much - *blush*. Because of the too large sizing I ended up with a massive width in the neckline too - so I put some gathers in to take it in.

The armholes are too big and the waist too low in my opinion (what do you think about the waist height??) - but this is just the toile and I know what I need to do for the real one/s.

Overall (with the changes mentioned and the neckline raised an inch or so) I am happy with the pattern..........

(Pictured with my latest incarnation of Linda Pants - yes yes yes - they ARE black - your eyes do no deceive you - and I did say I am steering away from my comfortable black - however a gal HAS to have SOME black!!! They replace the pair I cut up) 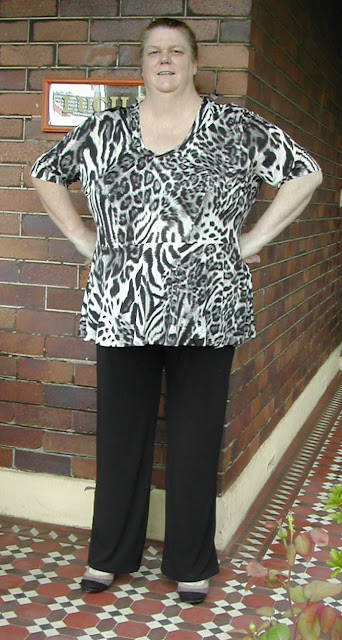 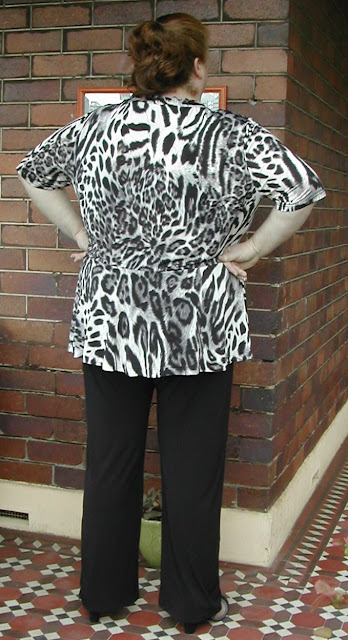 As stated - I do like it - with one exception - the dreaded neckband.

The pattern itself doesn't have a neckband. I included it because I cut the neckline too low. Can you image it without a neckband!!!!

Pride goeth before a fall - you may remember a previous post where I was crowing about conquering a neckband... 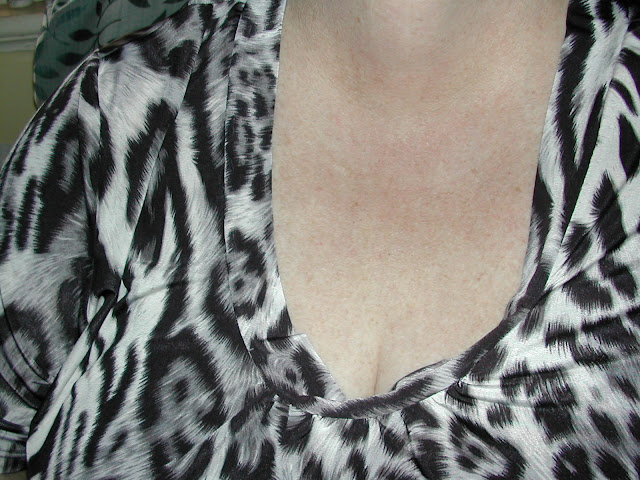 Now - I think my problem is the fabric. I cut the band an inch and a half shorter than the top and tried to stretch the band as I sewed between quarter pins like usual - but alas - there is very little stretch in this fabric. It is classed as ITY with 92% poly and 8% lycra but I think the lycra was stolen in a raid on the factory. The stretch is almost non existent. It didn't work trying to stretch it between the pins. I ended up "tacking" it by hand and easing the fabric into the neckband. That worked until I sewed it and - well - let's just say it is a little limp...

So heeeeeeeeeeelp - what do I do? I think this needs to be treated as a woven. I don't have enough fabric to cut another band. It definitely needs a band - otherwise I might be arrested if I wear it in public.

It is a toile and therefore supposedly a contender for waddersville - but I quite like it despite it's faults and would like to wear it - maybe even *gasp* in public... dare I say it - maybe even to work if I can fix it.

It was the toile for the wine coloured cheater I was going to submit to Jungle January - but time ran out.

What can I do - any advice welcome.

To all ladies with curves.

The Plus Sized Pattern Pyramid is now on it's next leg and the lovely funnygrrl at Falling Through Your Clothes  and the very stylish Lisa H at Sew On and Sew On are hosting their pattern pile drawings. Go ahead and stalk the patterns. 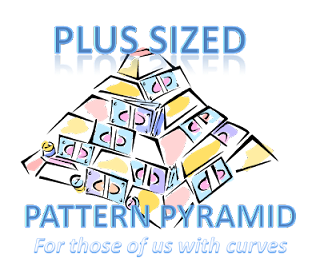 Email ThisBlogThis!Share to TwitterShare to FacebookShare to Pinterest
Labels: Plus Sized Pattern Pyramid

Don't forget to vote - one pattern many looks

To all PR members - don't forget to vote in the One Pattern Many Looks contest. I have put my votes in. Now I am not trying to garner votes here - my tops are very simple and there are some great entries who have put in a lot of work and I enjoyed voting for them and acknowledging their work. Just reminding you all as there is only a few days left to vote.

In my last post I mentioned that my coverstitch / overlocker machine was skipping stitches badly when trying to do the coverstitch hem on my skirt. I thought it might be the needles but I had used all the special needles used in the machine and couldn't find any in the stores.

Alison from Sewing with Cats to the rescue! She very kindly posted me a packet of the precious needles (including the details of an ebay store where they are sold very reasonably priced!) and I cleaned, oiled and changed the needles and voila - it works!!!! Thanks Alison - and thanks also to queen of the Jungle Velosewer for offering the use of her machine and needles too! This is some great community. I hope that I have the opportunity to give back soon.

So here is my skirt - before the pic let me say - I am happy with the skirt but think it a little too much modeled with the matching top... there are those who can get away with a lot of loud print on a body - but alas - I don't think I am one of them.. 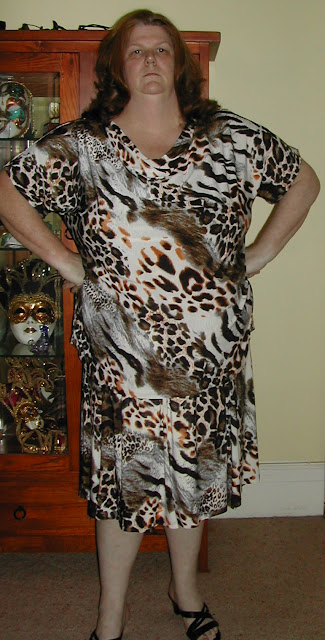 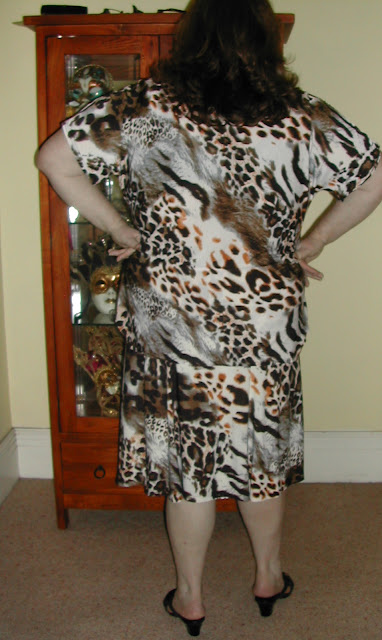 Here it is with a RTW black top. 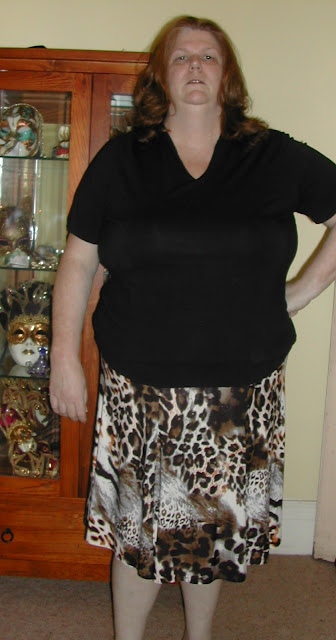 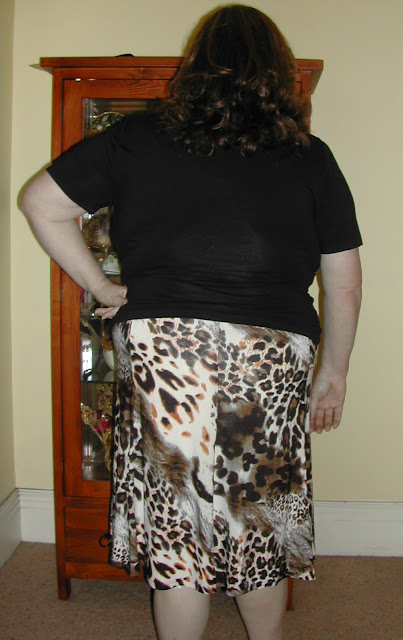 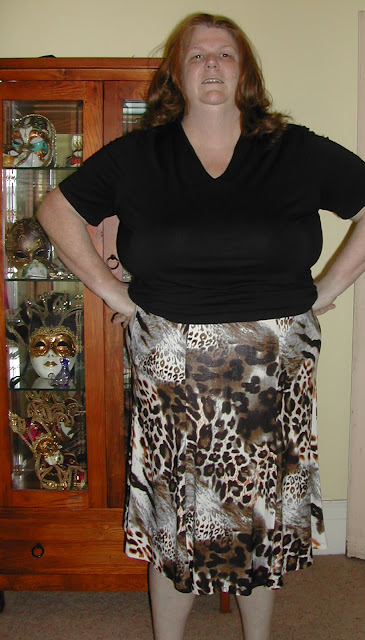 Now - a question for all of the stylistas out there - please some shooting from the hip feedback.

I tend to wear mainly plain slacks with patterned tops. Not through choice but because I don't have any skirts that look okay.

Before I sign off I would like to send a huge hug across the ocean to Anne at Pretty Grievances for guiding us through the jungle in January (although I think I may have just missed the tour bus with this skirt), What a great month it has been and I can't wait to see the "very first Annie awards".... my breath is bated and I am waiting like an eager beaver-ly. 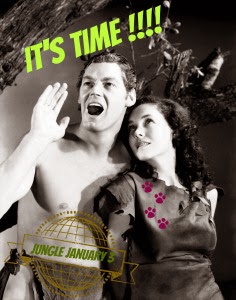 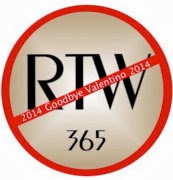 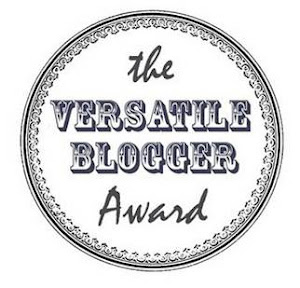 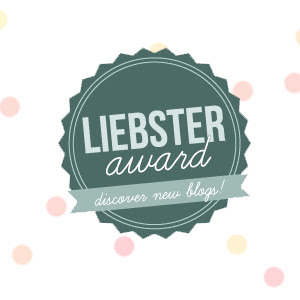